January 20, 2015 — 9:13pm my friend Adam Post messaged me “guys did a million in 7 hours” and a link to the Exploding Kittens Kickstarter.

Note that Exploding Kittens was produced by The Oatmeal and thus started off with what Gary Halbert would call a “starving crowd” of fans looking to buy something. Hence the spectacular results.

That set me down a path of researching what it costs to print a deck of cards which led to the discovery that the print minimums on playing cards are relatively low and that some card printers will even print a single deck of cards — a QTYONE advantage.

Since that message, I’ve been thinking about game design and marketing and publishing. Putting things together.

Dysfunctional Families is now on Kickstarter and just about to hit $1000 in funding. Not 8 million dollars, but it is a start.

There’s plenty more to come — and I’ll be documenting it all here on igpay.com so that whatever I’ve learned in the process can help others do the same.

DO NOT SCATTER YOUR POWERS

Engage in one kind of business only, and stick to it faithfully until you succeed, or until your experience shows that you should abandon it. A constant hammering on one nail will generally drive it home at last, so that it can be clinched. When a man’s undivided attention is centered on one object, his mind will constantly be suggesting improvements of value, which would escape him if his brain was occupied by a dozen different subjects at once. Many a fortune has slipped through a man’s fingers because he was engaged in too many occupations at a time. There is good sense in the old caution against having too many irons in the fire at once.

THE ART OF MONEY GETTING by P.T. Barnum online text

I received an excellent question from a backer and I am posting the answer as a backer update and also posting it here on the blog.

Is the funding goal really only $13?

1. For publicity.
2. Because it IS technically possible. 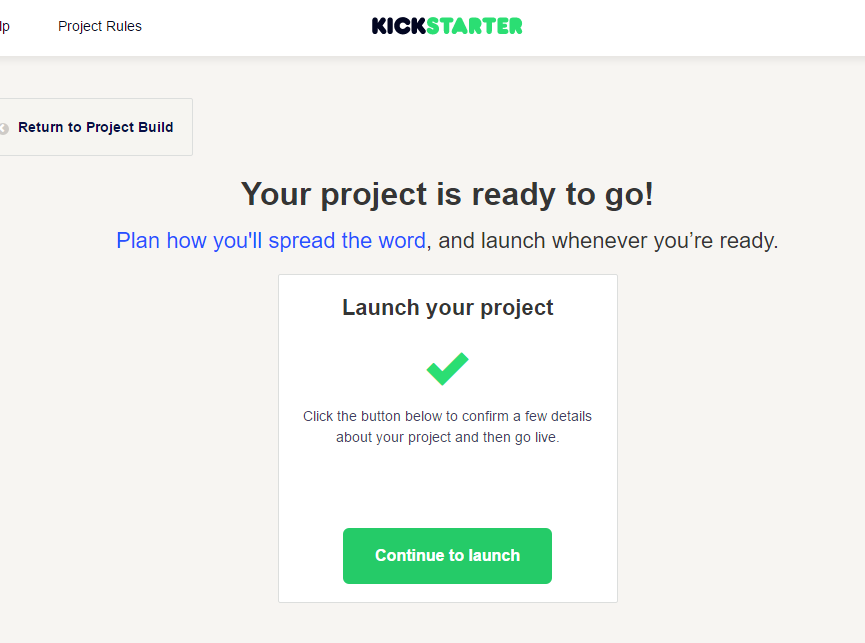 Read moreKickstarter – What happens when you press the “Continue to launch” BIG GREEN BUTTON?

Between my first attempt to launch Dysfunctional Families on Kickstarter and now, there has been an exciting new advancement in card game printing. DriveThruCards has started offering tuckboxes on single orders of a deck of cards. They are now my #1 choice for Quantity One (the ability to produce ONE end product for a customer) card game production.

This post will describe how I set up Dysfunctional Families as a QTYONE project and will fill in some broad strokes of what would be success levels beyond the minimum and how the project can scale up to a traditional publishing model if it sufficiently successful.

Feel free to use this as a model for setting up your own card game projects and to ask questions below.

I’ve written about the importance of improv in daily life.

The way one gets better at improv and having an “improv outlook” to life is to practice it in various ways throughout the day.

Which leads to the design of my first game, Dysfunctional Families.

I got tired of card games where the only funny things said were things
pre-written on the cards. So I created Dysfunctional Families.
— Eric Shefferman

One of the most powerful self-improvement things I ever did for myself was taking improv classes (the other biggie was weight-training).

I see improv as somewhat like a meditation training — it trains one to be as in-the-moment as possible.

When I was in high-school taking karate, I loved the sparring because everything else in the world disappears while fighting another person. If you let your mind drift to something that happened that morning, you wind up getting hit. Improv is a similar experience, but without the “getting hit in the face” part.

It seems that a lot of Kickstarted projects run into trouble when trying to fulfill their reward levels because of the difficulty of predicting the future. A reward level could have been unexpectedly popular or unpopular and the cost of fulfilling it could be way off from predictions. Stretch goals are sometimes added without understanding their effects on costs.

I’ve looked at how a bunch of creators describe their math and I think that I may have a better simplification of how to do the financial planning.