The project doesn’t just launch! First you are taken to a confirm page: 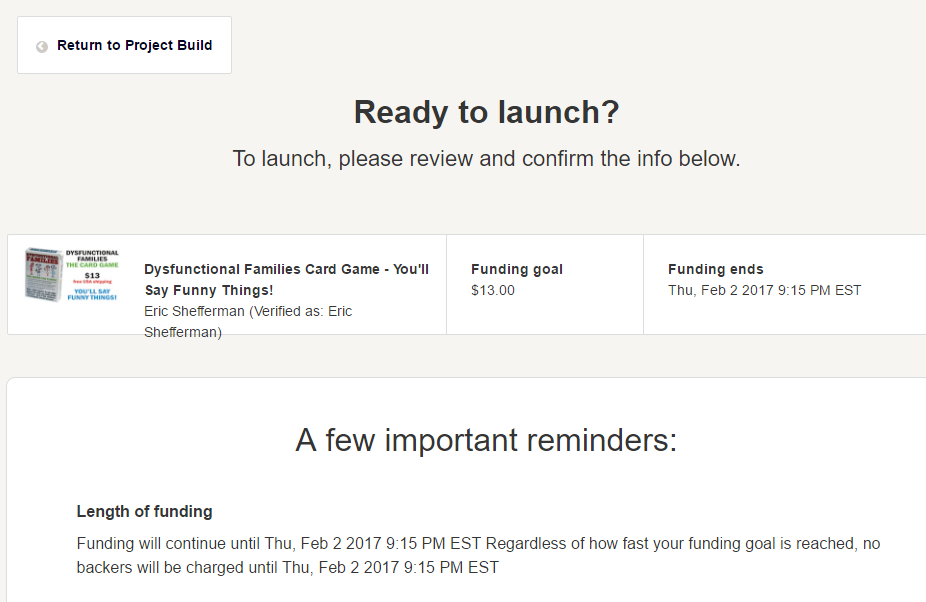 This is very simple. Confirm the funding goal, who gets paid, the date the campaign ends, etc.

And now to the mistake I made in my project description:

The $1 Reward Level for Dysfunctional Families is

Since not calling a backer on their birthday is something that I can do immediately, I had the delivery date for this reward set for either January or February (I don’t remember which, but my thought was it would be effectively immediate). Why not? 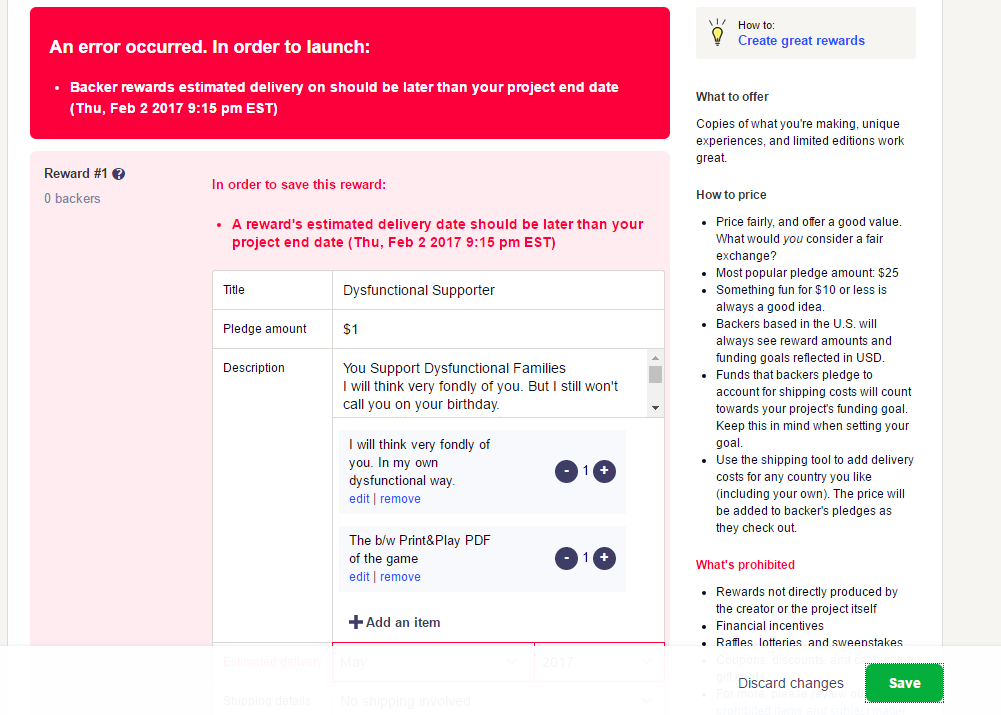 Kickstarter doesn’t want rewards to happen before when it thinks the project ends. And rewards are specified by month whereas end dates are a day. So I think I had said I’d deliver the reward in February but the project ends February 2.

Anyway, it was a big “who cares?” for what date is set as the delivery date for the $1 Reward Level. So I tried to set it to May like the other rewards. Then I got the big error: 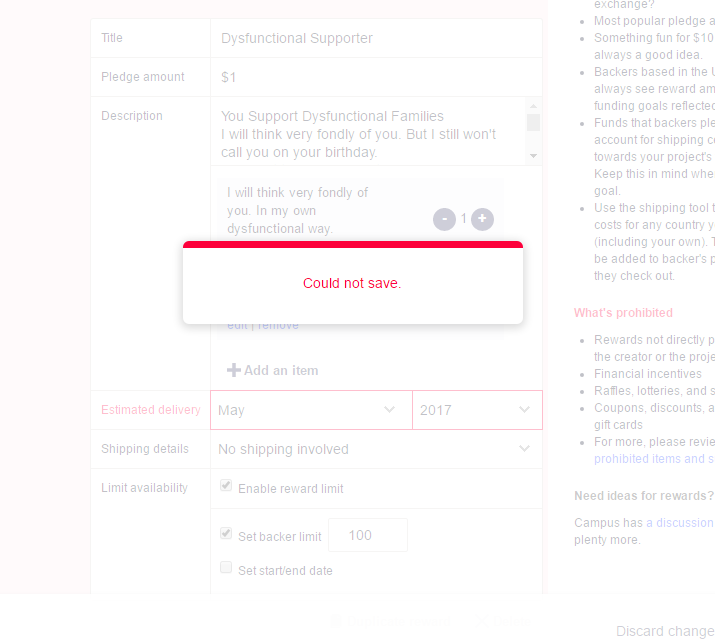 I wasn’t able to save the updated reward date in May and thus was stuck with not being able to launch my Kickstarter and the clock is ticking because I wanted to launch it on the dot at 9:00 am and it is getting later and later I can’t figure out what to do!

Finally, I logged in with a different browser and edited the campaign FIRST to set the reward date to May, and then I went to the launch and it worked smoothly.

So that was my harrowing start to the day!

And now the Dysfunctional Families Kickstarter is live here.