The Ultimate Card Game of War 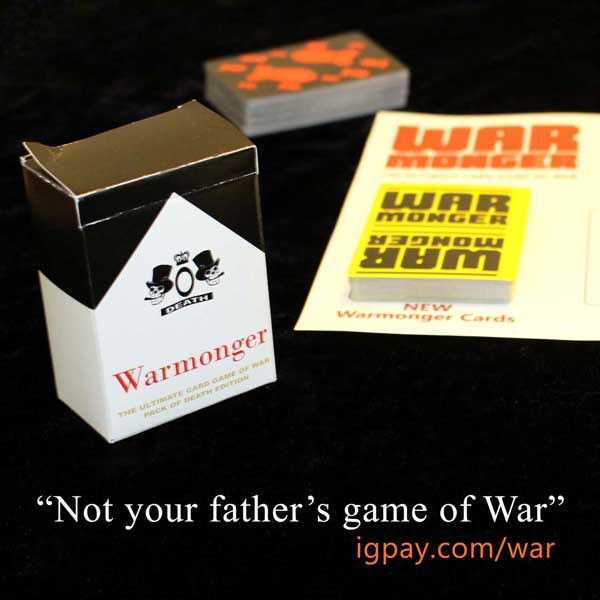 Warmonger is a reworking of the classic card game War.
The core differences are:

Warmonger is for 2 to 4 players (or up to 6 but some of those people might be out of the game rather quickly) and has the option to add in one or several robot players to make the game more interesting or allow for solo play.

It takes about 20 to 40 minutes to play and is easy to learn.

All packaged in a nifty little “Pack of Death” tuck box! Easy to take with you! 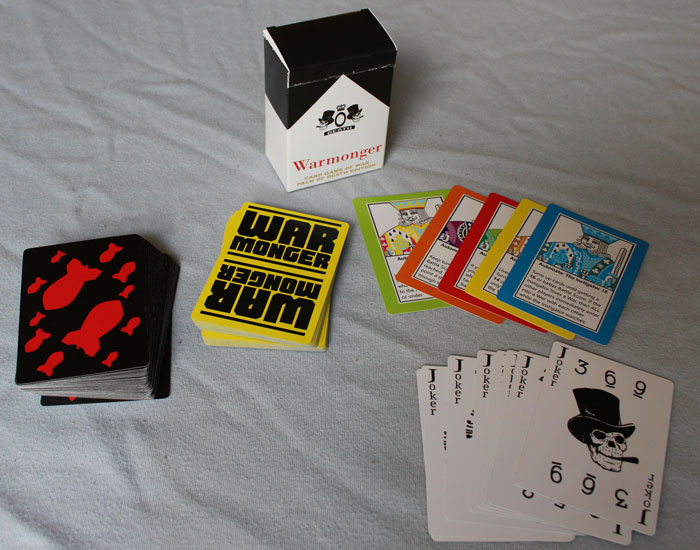 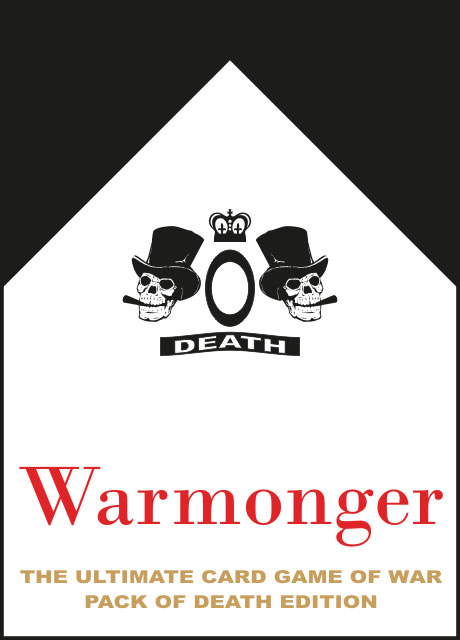 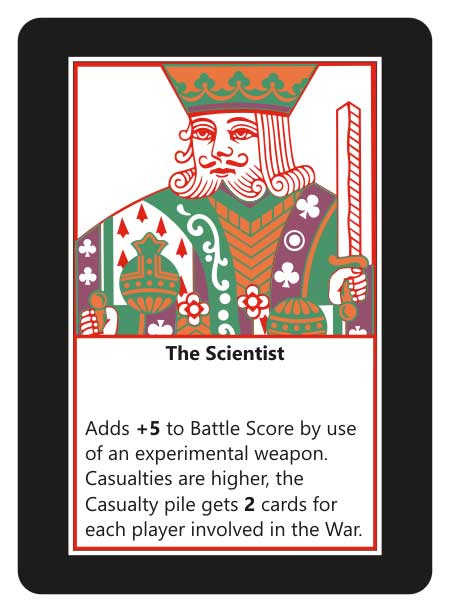 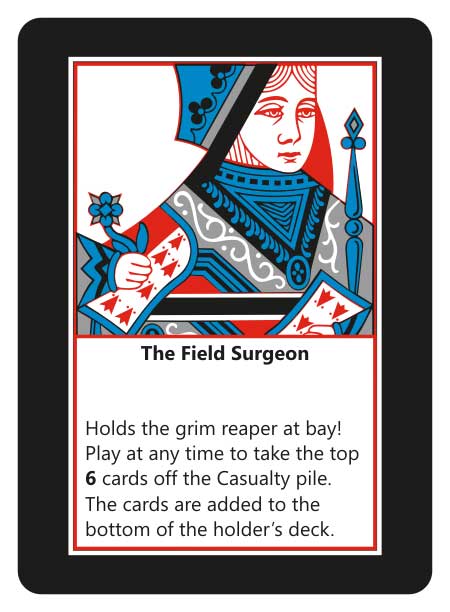 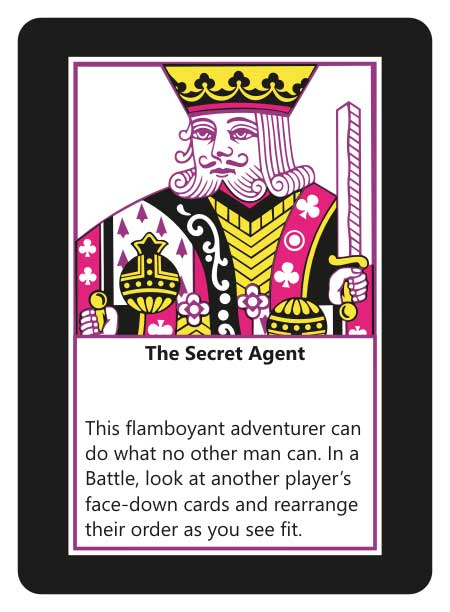 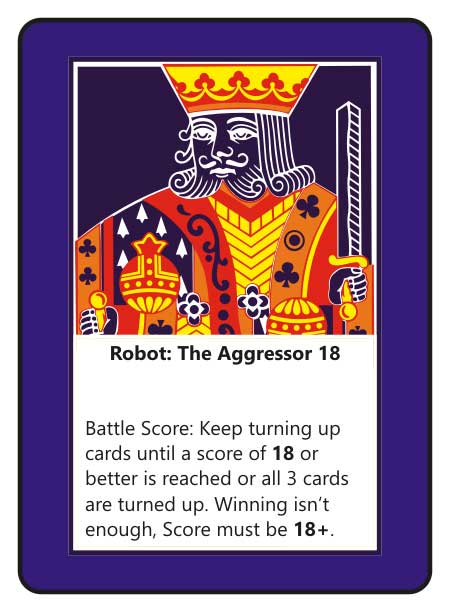 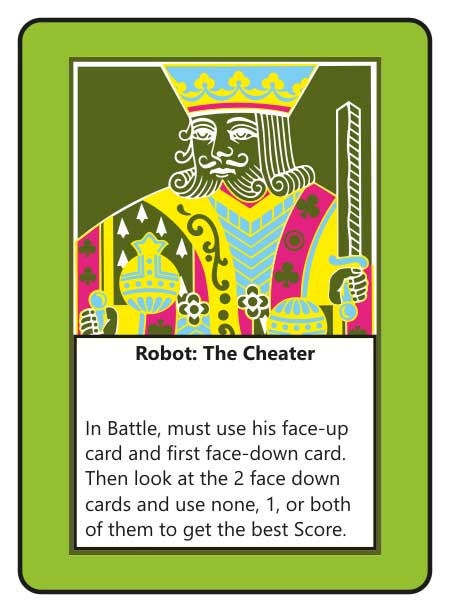 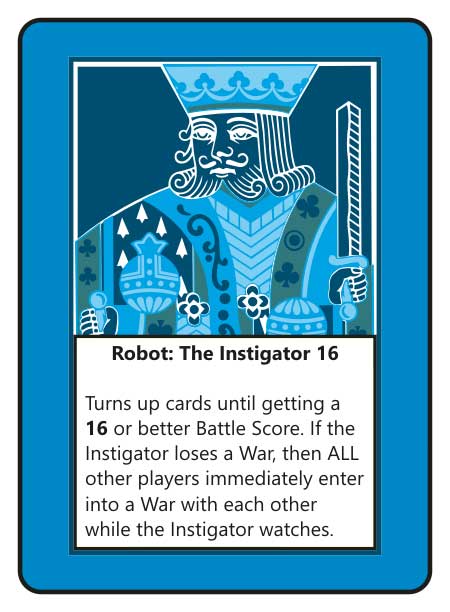 Video with Eric talking about the game design